How do I open a DOM on MotiveWave?

By default, a DOM panel should automatically be attached to the far right of the chart on the MotiveWave homepage. This DOM panel can be used to trade whatever symbol is applied to the chart widget. If attached to a chart, the DOM panel will always be associated with the chart it is attached to.

1. If needed, a user can open a new tab on with a standalone DOM panel. To do so, left click the plus button located to the right of the chart’s symbol. 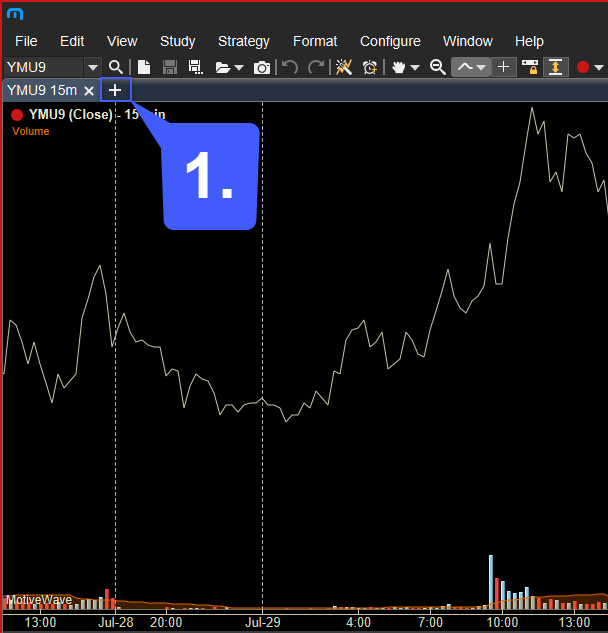 2. Doing so will open a drop down menu where users can select the widget that will populate the allocated space. To open a DOM panel in this section, select the DOM option. 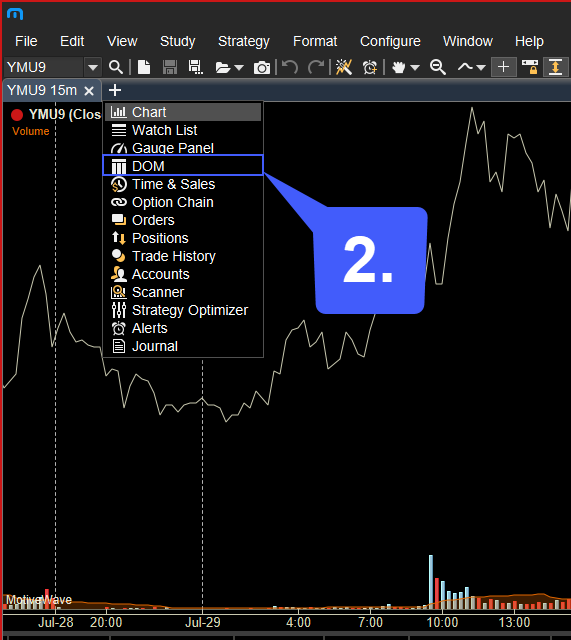 3. Once the DOM option has been selected, users will need to enter the symbol they would like to trade via the DOM panel. After the desired symbol has been entered in the New DOM Panel window, users can press the OK button to apply this symbol to their DOM.

4a. If needed, users can relocate their newly opened DOM by left-click, dragging, and holding the DOM tab to a new location on the platform.

4b. Users can also open their DOM in a standalone window by left clicking the Open DOM Window in the top right corner of the platform.